Kim is a Grand Prix level dressage rider who makes her winter training base here in Wellington, Florida. Her farm and home base, Upper Creek Farm, is located Stockton, NJ but during the winter she is based out of Little Ranches and trains with Debbie McDonald.

Kim grabbed the attention of dressage world in 2010 with her partnership aboard Rosmarin (aka Reno), a 2005 dark bay Hanoverian gelding by Rosentanz/Weltmeyer imported from Germany in 2008. In 2010 they were reserve champions at Region 8 Championships in Saugerties and 2nd Level Region 8 Champions in 2011.  2012 proved to be another very successful winter in Wellington, FL where they won every class entered at the 3rd and 4th levels.

In 2013, Kimberly and Reno returned to Wellington to train with Lars Petersen at Legacy Farms. The pair competed on the Small Tour, winning at Prix St George and Intermediare I Freestyle at the Global Dressage Festival Show with scores in the 70’s. Together with teammates, Caroline Roffman, Shelly Francis and Heather Blitz, Kim helped lead the USA Team I to their first place finish at the 2013 Nations Cup at the Global Dressage Festival in Wellington, FL.2014 became a year to regroup as Kim had several surgeries for an eye condition known as Recurring Pterygium, which is caused by sensitivity to UV light and sun exposure. During this time period she and Reno continued to hone their skills, transitioning to train under Debbie McDonald. 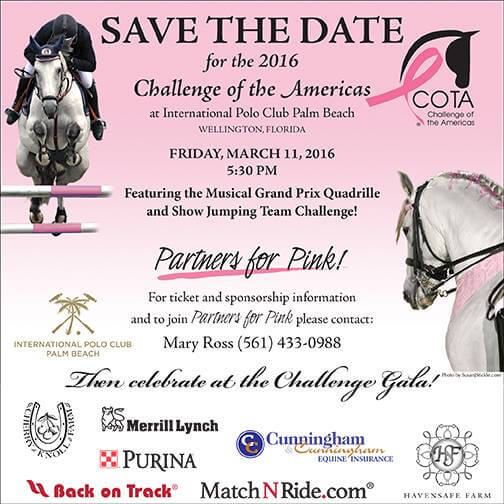 Kim and Reno launched their 2015 competitive season in Wellington by dominating at Prix St. George, ultimately sweeping the Small Tour during week seven of the Adequan Global Dressage Festival. They traveled to Europe winning the CDI4* Prix St. Georges and Intermediaire I at Achleiten and the CDI1* Prix St. Georges and Intermediaire I at München-Riem. They were a member of the winning 2015 Stillpoint Farm FEI Nations Cup Team and were selected to the US Pan Am Dressage team, bringing home the gold medal to secure an olympic qualification for the 2016 Olympics in Rio! In addition, Rosmarin ‘Reno’ was The Chronicle Of the Horse’s 2015 PSG Horse of the Year!

Competing With A Purpose – Challenge Of The Americas

This winter Kim is back down in Wellington with her string of horses, busy preparing for a different type of competition. Kim has been selected to perform on the Purina Quadrille Team for the Challenge Of The America’s, helping to raise money for breast cancer awareness. This also happens to be a personal mission for Kim whose oldest sister was diagnosed with breast cancer last year, the same year they lost their mother to stage 4 brain cancer.

Team Purina consists of Kim Herslow, Kasey Perry, Shelly Francis, Betsy Steiner, Jennifer Marchand and Pam Goodrich. These world class riders are united to raise money for breast cancer awareness, but they also aim to win! This group of talented ladies practice every Tuesday night at in order to get their horses acclimated to performing the quadrille test in synchronized perfection. Kim is honored to be riding on behalf of her sponsors at Team Purina aboard All or Nothing, an imported Dutch Warmblood by Prestige VDL and owned by friend and client Ellen Reeder.

“The Challenge of the Americas, having evolved over the past 12 years from an afternoon dressage exhibition/luncheon in 2002, has grown into an under-the-lights international equestrian extravaganza & Gala. Its success and continued growth is due to its partnership in the fight against breast cancer, as well as its unique and highly entertaining format that includes not only the excitement of show jumping but the elegance of the musical freestyle quadrille forever to be recognized as “dancing for women and men around the world.”

The Breast Cancer Research Foundation is the beneficiary of the Challenge of the America’s and for 2015-2016 their goal is to give over $50 million in annual grants to scientists and medical institutions to continue research and treatments that will save lives.

The Challenge of the Americas is being held at the Palm Beach International Equestrian Center and also features show jumping, so come out on March 11th to share in the celebration of equestrian sport while helping a wonderful cause!