The event will feature an evening of great music, a live auction and certainly some star studded attendees, all coming together to support our US Olympic and Paralympic teams!

Patti Scialfa and Bruce Springsteen, honorary chairpersons for the benefit, will make sure it is a fun night, and a generous evening as well. This all supports the USET Foundation’s effort to raise much needed funding to further support the United States Equestrian Team horses and riders as they prepare to compete at the 2016 Games in Rio de Janeiro, Brazil.

USET Foundation Executive Director Bonnie Jenkins commented, “It’s going to be an incredible event and we are definitely expecting a sell out! The night will feature a fabulous live auction, a phenomenal band and, of course, Patti and Bruce as our honorary chairs want to make this event a record- setting fundraiser for our United States Equestrian Teams.” 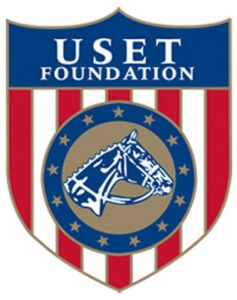 Scialfa, a USET Foundation Trustee and husband, Bruce Springsteen, are the parents of Jessica Springsteen, who has successfully competed at the highest levels of show jumping and has represented the United States on Nations Cup teams internationally. The family believes strongly in supporting the athletes and the United States’ goal to bring home medals.

“Helping this country’s equestrian athletes and supporting the United States Equestrian Teams has been a family affair for us,” said the Springsteens. “We recognize the hard work and commitment it takes for riders to reach the pinnacle of the sport, and hope that as Honorary Chairs for the USET Foundation’s Rockin Rio we can help make this benefit a huge success benefiting our riders as they prepare and compete at the 2016 Olympic and Paralympic Games in Rio.”

Invitations are in the mail, so make sure to mark your calendars for this wonderful evening. Buy a table or your tickets now. It will sell out! For further information please contact: Nancy Little, USET Foundation (908) 234-1251, or [email protected]