The WEF is the largest and longest-running circuit for hunter/jumper riders in the world, drawing national and international talent alike as riders take advantage of opportunities to earn World Ranking points and tune-up their game for upcoming championships.

This year, five-star grand prix competitions (CSI 5*) will be featured on February 11, February 25, March 11, and March 25. Each five-star competition will include a $380,000 grand prix. The much-anticipated $500,000 Rolex Grand Prix – won last year by Ben Maher of Great Britain and his mount Sarena – will occur on Week 11 of the winter circuit.

This year’s competition promises to be even more fierce than previous years as the 2018 World Equestrian Games (WEG) peeks over the horizon.

In previous years, WEF has proven to be a valuable practice field for riders and horses preparing for major international championships.

Last year, all of the riders on the Olympic silver-medal-winning show jumping team competed at WEF before heading to Rio de Janeiro, and we can be sure to see Beezie Madden, McLain Ward, Kent Farrington, Lucy Davis, and Laura Kraut returning to the WEF rings again this winter.
To review more information on this press release and details on the schedule of show jumping events at WEF this year,

To review more information on this press release and details on the schedule of show jumping events at WEF this year, visit PBIEC website. 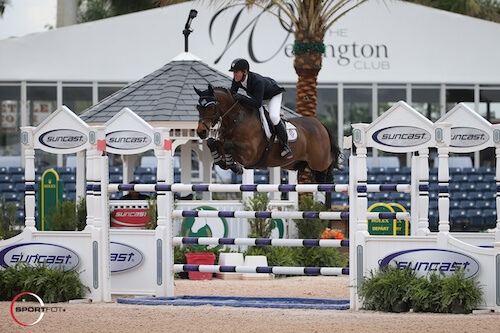